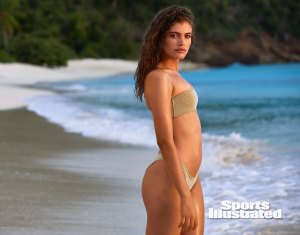 She’s making history once again! Valentina Sampaio is officially Sports Illustrated Swimsuit‘s first transgender model. This comes nearly a year after she made headlines as the face of Victoria’s Secret Pink.

“I am excited and honored to be part of the iconic Sports Illustrated Swimsuit Issue,” Sampaio wrote in an Instagram post on Friday, July 10. “The team at SI has created yet another groundbreaking issue by bringing together a diverse set of multitalented, beautiful women in a creative and dignified way.”

The 23-year-old beauty was shot by photographer Josie Clough in Scrub Island of the British Virgin Islands. She is featured in this year’s big swim issue alongside seven other rookies, including Lorena Duran, Kim Riekenberg, Brooks Nader, Marquita Pring, Anita Marshall, Hyunjoo Hwang and Josephine Skriver.

In her Instagram caption on Friday, Sampaio shares a little bit of background on her difficult upbringing in a remote fishing town in Brazil. “Brazil is a beautiful country, but it also hosts the highest number of violent crimes and murders against the trans community in the world — three times that of the U.S.,” she wrote. “Being trans usually means facing closed doors to peoples’ hearts and minds. We face snickers, insults, fearful reactions and physical violations just for existing. Our options for growing up in a loving and accepting family, having a fruitful experience at school or finding dignified work are unimaginably limited and challenging.”

The swim issue’s editor, MJ Day, said in a statement that Sampaio had been on the publication’s radar for a bit and when they finally met with her, she was even more of a perfect fit than they could’ve imagined.

“When we finally met face to face it became apparent that besides her obvious beauty, she is an impassioned activist, a true pioneer for the LGBT+ community and just simply embodies the well-rounded woman we are proud to have represent SI Swimsuit across our platforms,” Day said. “We are deeply moved that Valentina was willing to put her trust in us and we didn’t think twice about wanting to amplify her voice, her message and give her a platform to advocate from on behalf of her personal aspirations and the trans community. That is what we can do as a brand, especially during these uncertain times, support her and celebrate her.”

The issue is available on newsstands Tuesday, July 21.

Listen on Spotify to Get Tressed With Us to get the details of every hair love affair in Hollywood, from the hits and misses on the red carpet to your favorite celebrities’ street style ‘dos (and don’ts!)

Taking sides? Katie Holmes seemingly showed her support for Thandie Newton after she admitted to feeling “so scared” of Tom Cruise while filming Mission: Impossible 2.

Holmes, 41, followed the Westworld actress, 47, on Instagram days after her comments about Cruise, 58, went viral. The Dawson’s Creek alum and the Top Gun star were married form 2006 to 2012 and welcomed a daughter together in April 2006.

On Monday, July 6, Newton raised eyebrows with her candid remarks about her experience working with the Jack Reacher actor. “I was so scared of Tom,” she said in the latest issue of New York magazine. “He was a very dominant individual. He tries super hard to be a nice person. But the pressure. He takes on a lot. And I think he has this sense that only he can do everything as best as it can be done.”

The British actress went on to describe a particularly jarring interaction with Cruise, who she claims was “not happy with what I was doing” on set because her character “had the s–tiest lines.” According to Newton, the pair swapped roles during a rehearsal so that Cruise could show the Crash actress how she should be performing her lines, which she thought was “the most unhelpful” idea. 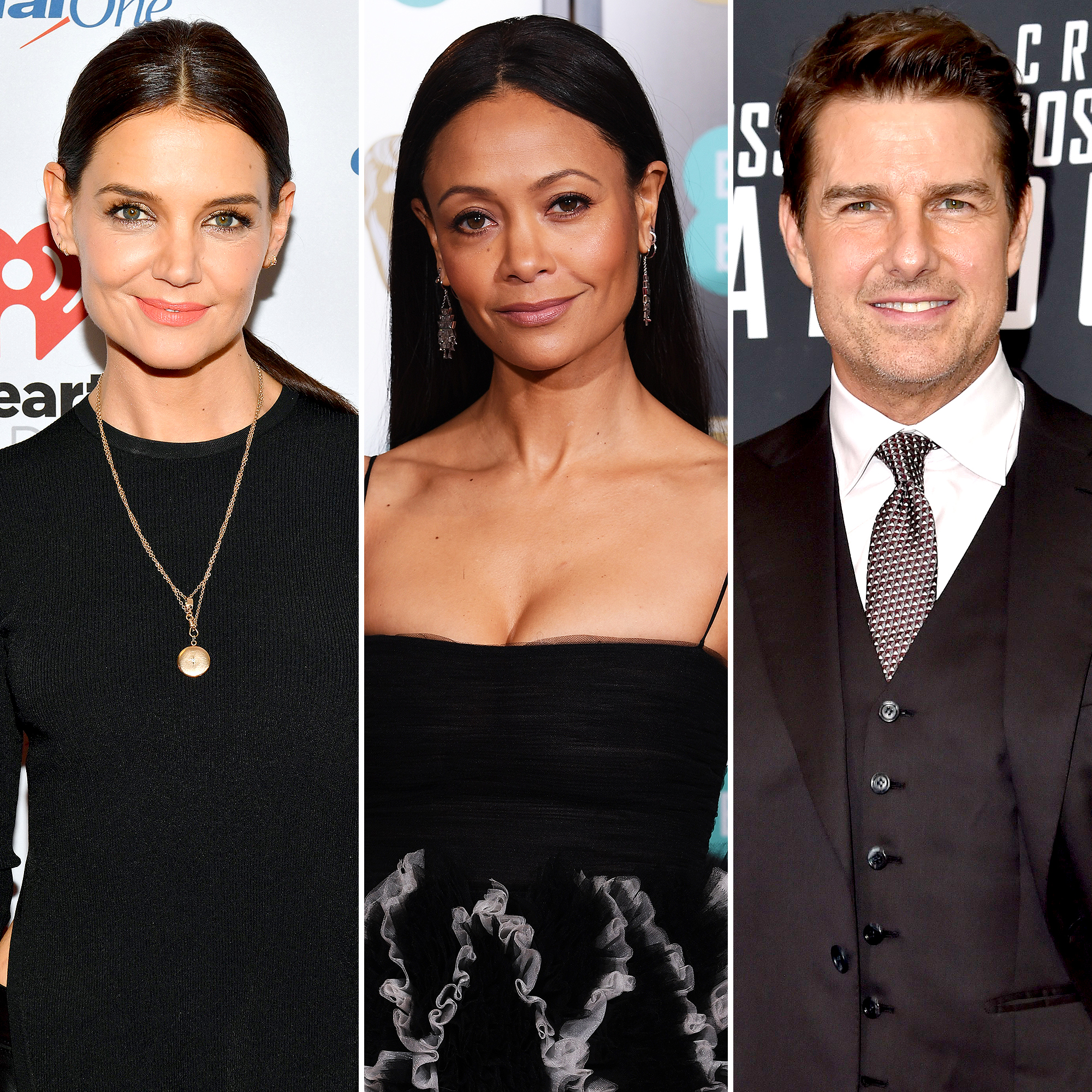 “It just pushed me further into a place of terror and insecurity. It was a real shame,” she explained. “And bless him. And I really do mean bless him, because he was trying his damnedest.”

When Holmes and Cruise separated in June 2012 after five years of marriage, an insider told Us Weekly that the Batman Begins actress was “very happy” that she could “move on and finally live her life.” Less than one year later, the Oscar nominee admitted that he “didn’t expect” his ex to file for divorce when she did.

“To be 50 and to have experiences and to think you have a grip on everything, and then it hits you — this is it, what life can do to you,” he told a German TV network in April 2013. “Life is a tragicomedy. You need to have a sense of humor.”

Nearly a decade after ending her marriage, Holmes opened up about the challenges of being a single mother.

“That time was intense,” Holmes told InStyle in their April 2020 cover story. “It was a lot of attention, and I had a little child on top of it. [We] had some funny moments out and about in public. … I feel like I can be more creative and have more time, have my voice.”

Listen to Us Weekly's Hot Hollywood as each week the editors of Us break down the hottest entertainment news stories!
Source: Katie Holmes Follows Thandie Newton on Instagram After Her Comments About Working With Tom Cruise

Carrie Underwood and Mike Fisher ‘Are in an Amazing Place’ on 10th Anniversary: They’re ‘Growing Closer’

Living on love! Carrie Underwood and Mike Fisher are stronger than ever after 10 years of marriage.

“Mike and Carrie are in an amazing place right now,” a source exclusively tells Us Weekly.

While some couples have split during the coronavirus pandemic, self-isolation has been a positive thing for Underwood, 37, and Fisher, 40. “Their time with family has been amazing for them, and Carrie and Mike are growing closer together throughout quarantine and learning more and more about each other,” the insider says. “Carrie and Mike have been keeping to themselves, but Carrie is telling friends she is doing really well with the lockdown and really enjoying family time.” 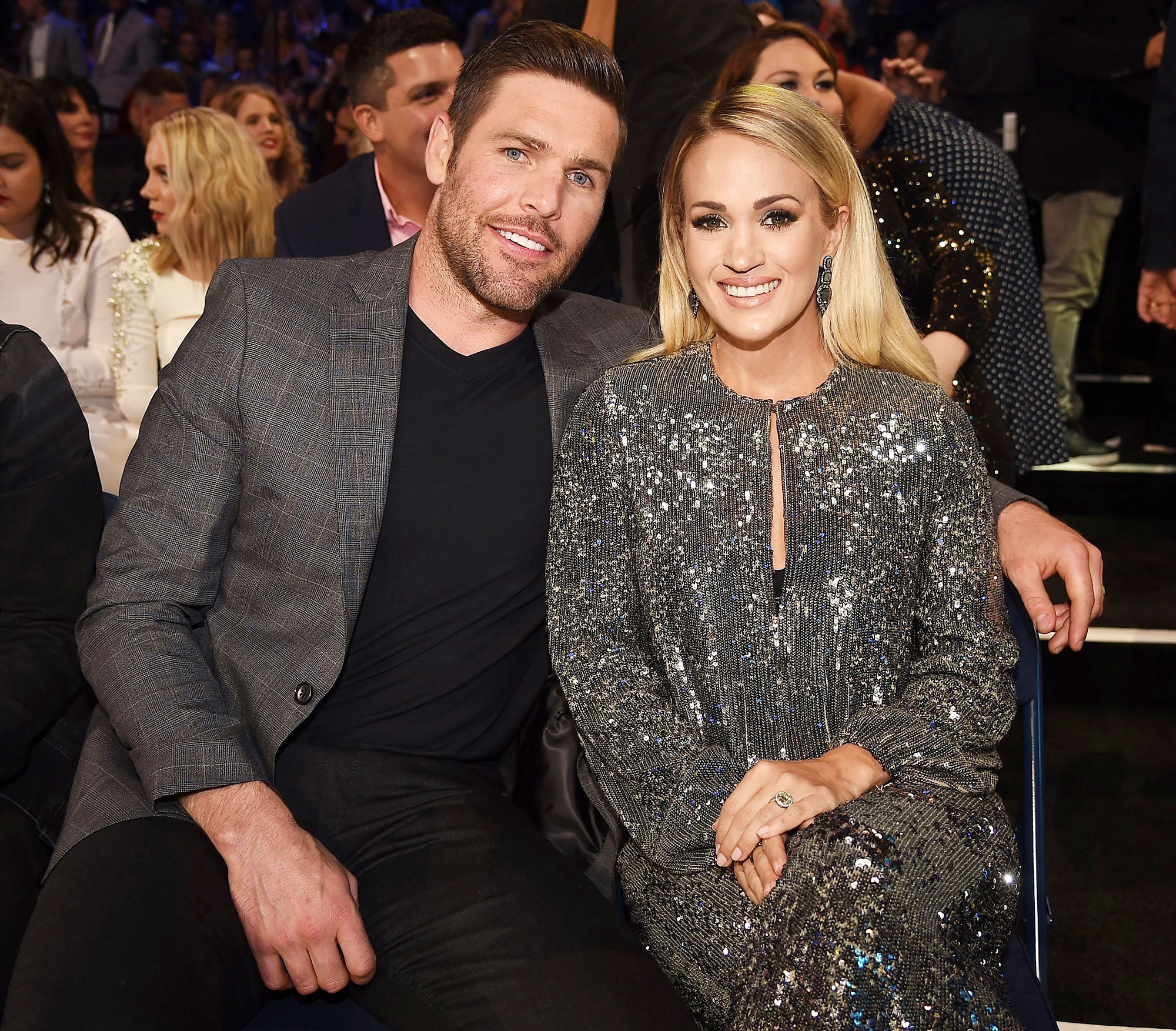 The Grammy winner and the former hockey player tied the knot in July 2010. They later welcomed sons Isaiah, 5, and Jacob, 17 months.

The couple opened up earlier this year about how they balance their personal opinions within their relationship. “We learn from each other and have spirited discussions about things that we disagree on, but at the end of the day, we love each other very much,” she explained during a May episode of Mike and Carrie: God & Country.

Fisher, for his part, noted that their faith propels them. “It’s a center ground that’s the most important thing around everything,” he said. “There’s always a way and it’s always God working in it.”

One potential sticking point for the pair is the fact that he likes hunting while she is a vegetarian. “I love animals and I love life so much that I swore I would never marry a hunter — not in a million years,” she revealed.

However, Fisher recalled how they came to terms with the matter: “When we got married, you thought I was going to stop hunting and I thought you weren’t going to care, and all of a sudden, it’s like, ‘Whoa.’”

In October 2019, the twosome marked more than a decade since they first met. “11 years ago yesterday, I met the love of my life…patient, kind, the best dad, handsome, of course!” she gushed via Instagram at the time. “Someone who accepts me and all my flaws…the same as me in many ways…opposite in some. But he is my match. The iron to sharpen me. Tonight we celebrated at @delposto. A rare night out with amazing food and even more amazing company and conversation. Here’s to so many more years together. Love you, babe!”

Listen to Us Weekly's Hot Hollywood as each week the editors of Us break down the hottest entertainment news stories!
Source: Carrie Underwood and Mike Fisher ‘Are in an Amazing Place’ on 10th Anniversary: They’re ‘Growing Closer’