In the East, the New England Revolution and Columbus Crew each won their conference semifinal matches and will meet on Dec. 6 for a spot in MLS Cup. A Crew win would mean that the championship game will be held in Columbus. 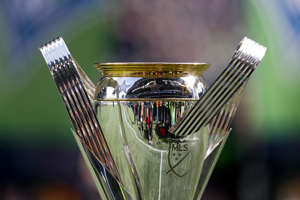 From NFL plays to college sports scores, all the top sports news you need to know every day.

The playoffs will conclude with MLS Cup on Saturday, Dec. 12. The game will be played in the home stadium of the team with the most points per game this season.

Here is the 2020 MLS playoff schedule with dates, times and television information.

In a year affected by the coronavirus pandemic, market activity regarding the purchase of players has not been at the usual level

Premier Soccer League (PSL) clubs are fast running out of time if they want to make any further additions to their respective squads.

Due to the Covid-19 pandemic, and the resultant five-month break to action towards the end of last season, the schedule for the 2020/ 21 season has a rather abnormal feel to it.

Pre-season for one was affected, and so have the dates during which clubs are able to buy and sell players.

On Monday morning the PSL issued a statement confirming that the current transfer window ends tonight. They also clarified when the mid-season window will be open.

“The second domestic transfer window will open on 1 February 2021 until 1 March 2021,” read the statement.

Usually with deadline day looming, a flurry of late signings are expected. But since Covid-19 has occurred, some teams are finding themselves financially challenged and there is not expected to be too much transfer activity.

To date, only four clubs in the top-flight have done significant business. These are Mamelodi Sundowns, Orlando Pirates, AmaZulu and Tshakhuma Tsha Madzivhandila (TTM).

Sundowns, backed by the money of mining magnate and owner Patrice Motsepe, have arguably done the best business, in particularity with the signings of Peter Shalulile and Kermit Erasmus, who have both already made a significant impact.

Pirates, who like their rivals Kaizer Chiefs, enjoy good sponsorship backing, have also made a lot of promising signings including Bafana Bafana captain Thulani Hlatshwayo, Ghana international goalkeeper Richard Ofori and several others. Their most recent deal was for DR Congo striker Jean- Marc Makusu, and it’s not expected that the Sea Robbers will bring in any additional players on Monday.

AmaZulu meanwhile have been spending big under new owner Sandile Zungu who is hoping to reignite the Durban team. Included in the squad is former Bafana Bafana star Siphiwe Tshabalala as well as ex-Orlando Pirates trio Augustine Mulenga, Xola Mlambo and Luvuyo Memela.

TTM, who bought the franchise of Bidvest Wits, have made a raft of new signings including Mogakolodi Ngele, Thabo Rakhale, Justin Shonga, Lerato Lamola and Thabo Mnyamane.

Kaizer Chiefs are unable to make signings due to their Fifa transfer ban.

The U.S. is preparing for the delayed start of World Cup qualifying next September. Next year’s schedule also includes the CONCACAF Nations League semifinal against Honduras in June, followed by the CONCACAF Gold Cup from July 10-Aug. 1, a tournament most top players are likely to skip.

Copyright 2020 The Associated Press. All rights reserved. This material may not be published, broadcast, rewritten or redistributed without permission.