Top stories on CBS This Morning

With Apple's holiday hardware lineup seemingly all set, attention this week turned to the shopping end of things with Apple and other retailers rolling out their Black Friday deals. 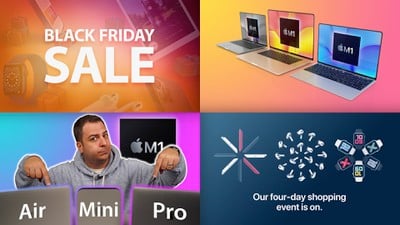 That wasn't the only news this week, however, as we've continued to learn more about Apple's new M1-based Macs and we've even heard some fresh rumors about redesigned Mac notebooks coming next year, so read on below for details on the biggest stories of the week!

There was a lot of focus this week on Black Friday, the traditional kickoff to the holiday shopping season, and there were a number of solid deals to be had on AirPods, Apple Watch, and more, including some modest discounts on Apple's latest M1-based Macs. 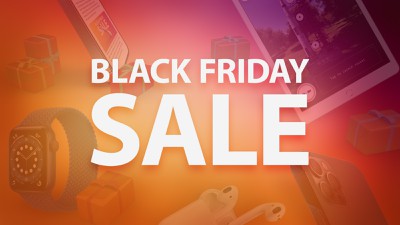 Many of the deals are continuing through the weekend and even into next week, so if you haven't yet taken advantage of the opportunity, check out our Black Friday roundup, our top picks post, and our other coverage.Apple Offering Up to $150 Gift Card With Select Products on Black Friday Through Cyber Monday

As usual, Apple doesn't have the best deals for Black Friday, offering bonus Apple gift cards with the purchase of select products rather than straight cash discounts. 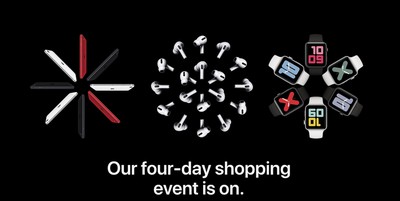 Apple's four-day shopping event runs through Monday, and while the gift card offer isn't valid on Apple's latest products, there are a few solid deals like a $100 gift card with the purchase of a full-size HomePod.M1 Macs Hands-On Comparison: MacBook Air vs. 13-Inch MacBook Pro vs. Mac Mini

Apple's new Macs with the M1 chip began arriving to customers earlier this month, but if you're still trying to decide on which one to buy, we've put together a hands-on comparison video for the machines. 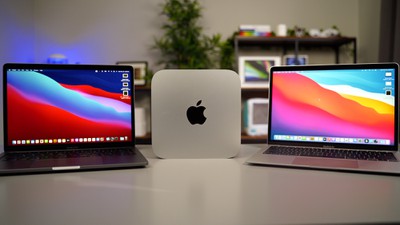 Given that they share Apple's M1 chip, all three Macs deliver breakthrough performance compared to their Intel-based equivalents, and benchmark results show they even outperform the highest-end 16-inch MacBook Pro.

In our tests, even the base model MacBook Air with 8GB delivered very fast performance, making it a suitable option for most customers. The new 13-inch MacBook Pro has an extra GPU core enabled, a brighter display, better speakers, and a fan, for those considering going up a level. And of course, the Mac mini is the ideal choice for desktop users.

Apple plans to release additional MacBook models with Apple Silicon in the second half of 2021, according to analyst Ming-Chi Kuo, as part of the company's two-year transition away from Intel processors.

Kuo said that these MacBook models will feature a new design, and reliable leaked "L0vetodream" says that the redesign is not only for Apple Silicon models, suggesting we may also see new Intel-based models.

Kuo did not specify which MacBook models will be getting redesigns, but he previously claimed that redesigned 14-inch and 16-inch MacBook Pro models with Apple Silicon and an all-new design would launch in the late second quarter or third quarter of 2021. A redesigned 24-inch iMac and a smaller version of the Mac Pro have also been rumored.

Kuo also expects third-generation AirPods to launch in the late second quarter of 2021. He has previously claimed that the design of these AirPods will be "similar to AirPods Pro," but likely without active noise cancellation.

All of the M1 Mac models use essentially the same M1 chip, so the upgrade options are limited to SSD storage space and RAM. We haven't seen many comparisons that demonstrate the difference between a machine with 8GB RAM and the upgraded 16GB RAM option, but Max Tech recently shared a video highlighting the performance differences between an 8GB MacBook Pro and a 16GB MacBook Pro. 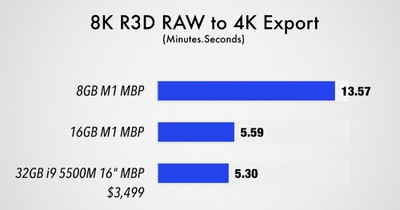 And if you're still on the fence about whether to get one of the new M1-based 13-inch MacBook Pro models or stick with a tried-and-true Intel-based model, make sure to check out our buyer's guide to help understand the differences.

Each week, we publish an email newsletter like this highlighting the top Apple stories, making it a great way to get a bite-sized recap of the week hitting all of the major topics we've covered and tying together related stories for a big-picture view.

So if you want to have top stories like the above recap delivered to your email inbox each week, subscribe to our newsletter!